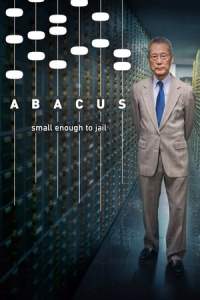 “Nobody gets justice. People only get good luck or bad luck” (Orson Welles). It seems that this quote is particularly applicable to the story, where one financial institution based in Chinatown, New York – Abacus, became the centre of the government’s prosecution in 2012, and still remains to this day “the only US bank indicted for mortgage fraud related to the 2008 crisis”. Perhaps, Abacus just has not been lucky, but did they really deserve such a massive, million-dollar prosecution against them, with definite prison sentences hanging over their heads if they found convicted? No. They say that “selective justice” is the worst there is, but what is here even more shocking is that “the targeting for justice” by the American government was not too unreasonable – Abacus was both small enough and, actually, – foreign enough. Hence, the justification for all the criminal charges, whereas other massive banks committing even worse crimes can escape with a fine. Director Steve James made this thought-provoking documentary about one small financial institution’s fight against injustice and it already has the distinction to be nominated for an Academy Award. This well-made documentary piece, packed with insightful interviews, fascinating legal processes, human stories and warmth towards other culture, is a real eye-opener.

The documentary begins with the story of its founder Thomas Sung, who opened Abacus bank in 1984, after graduating with a US law degree and practising law for some time. What is fascinating is that the film starts with the shots from “It’s a Wonderful Life” (1946), and Thomas is compared to the main character there who desired to support his community and to see that they had a better life. In the documentary, we immediately root for Thomas Sung, since here is clearly a man who, by opening his bank, wanted to support his countrymen – Chinese immigrants into the US – and provide them with money so that they can start their new life in the new country. No other US bank in NY in 1984 had such ties with the Chinese population in the city to provide loans, while also taking into account their cultural differences. Seeing Thomas and his bank in this light, it becomes even more devastating to see then the unfair targeting, harassment and prosecution of the bank by the government.

The next step for the documentary is to tell about a number of crimes (fraud and larceny) in the organisation perpetuated by a number of employees of Abacus. Upon finding out about the misconduct, the two daughters of Thomas, now the directors of the company, fired the people responsible, but it was not enough to stop the unfolding of unfortunate events. These crimes then snowballed to an immense proportion, resulting in a three years’ case built by the government, journalists’ harassment and in the immense humiliation for the company. The documentary’s final step is the trial of Abacus itself and its culmination. This is told through reading court statements and by showing sketches of the trial, and it becomes apparent that the government case rested on lying witnesses, cultural misunderstandings and on no-to-minimum loss proven. This is the “juicy” bits of the film, where it becomes clear that the government underestimated this small family of lawyers. The father, mother and their three daughters are portrayed as strong inside and resilient to pressure. They definitely will not accept blame for something they did not commit, and will defend their integrity to the last breath.

One of the most admirable features of this piece is that it is so well-balanced. The interview statements from the prosecution office and journalists are often cut to Chinatown’s daily life, demonstrating to us that, beyond legal papers and loan statements, there are actual real people who are hard-working and simply try to make their ends meet. Through the interviews with Thomas and his daughters, the documentary maintains this “human” touch throughout its run. It is evident that the talk here is not about the number of people who may or may not go to jail, but about these particular people who have their own inspirational stories to tell; who have willingness to help others; and who are caught in the prosecution net with the government determined to make an example of them.

It may not be evident from the first glance, but “Abacus” is also a story of discrimination and cultural bias. The bank may also have been targeted because it has such extensive foreign ties, but clearly, the story also unveils the clash of cultures – the Chinese legal relationships which are often based on trust vs. the American insistence on “paper trails”, stamps and written proof. A legal-cultural misunderstanding definitely arose in the case of Abacus in that the US government in the story only interpreted the situation by seeking written evidence and not finding any, sometimes ignoring implied and “unseen” family arrangements on loan and other Chinese cultural features.

The documentary also does not focus solely on Thomas and the injustice committed against his company, but clearly shows the other point of view – the opinions of the prosecutorial office and the government representatives. Even though we do follow every step of Abacus in its journey to establish justice and defend its reputation, we are also aware of the pressure on the US government “to do something” (however indefensible) to secure convictions in light of the 2008 financial chaos, taking into account the rule that any means taken cannot be justified no matter the seriousness of an economic situation.

Despite many legal aspects of the film, the documentary remains a very human story of resilience and standing up for one’s rights, beliefs and integrity. It will be enjoyed most by those who like legal conundrums, but those who are simply interested in the story will also find it compelling. “Abacus” could have been shorter to prove its point, but the power of the documentary still lies in its quiet but potent voice with the utmost conviction in its tone which will be hard to forget.

For my other documentary reviews, check out Dreams of a Life (2011) and California Typewriter (2017).