**SPOILER ALERT FOR THE FILM “THE SHAPE OF WATER”**

A number of newspapers and news sources (such as IndieWire, DailyMail) reported that French director Jean-Pierre Jeunet accused Guillermo del Toro of copying one of his scenes from his movie “Delicatessen” (1991) for del Toro’s latest film “The Shape of Water“. Moreover, Jeunet accused del Toro of copying the character of Amelie from “Amelie” (2001) for “The Shape of Water“. In particular, there is a scene in Jeunet’s movie “Delicatessen” where Louison (Pinon) and Plusse (Viard) appear “dancing” to music while sitting on a bed. In “The Shape of Water“, the characters played by Hawkins and Jenkins also perform a step-dance while sitting on a sofa. As for “Amelie“, the French director claims that the concepts of a shy and naive girl, a painter and an apartment were lifted off straight from “Amelie” to make “The Shape of Water“. The Mexican director defended himself by saying that it was Terry Gilliam who influenced both Jeunet and himself.

In my opinion, the scenes in both “Delicatessen” and “The Shape of Water” do look similar because both the female and male characters there are sitting together watching an old movie/musical and appear to act to the music from the television, although there are some differences as well. However, if we just focus on these two scenes’ similarities, then many other films in the world are equally guilty of plagiarism because they stole “scenes” from other movies. Maybe del Toro did take some inspiration from Jeunet’s scene, and also probably imbued the character of Elisa with some qualities of Amelie, including Elisa and Giles’ love for cinema, but isn’t shouting plagiarism going too far at this point?

Rather a more serious plagiarism claim comes from the son of Paul Zindel, who claims that del Toro’s “The Shape of Water” is based on his father’s – Paul Zindel’s 1969 play “Let Me Hear You Whisper“, and del Toro failed to mention the influence of Zindel’s play on his movie. In fact, the similarities in plot between the play and the movie are astounding – as the Guardian reports – “In both stories, a female cleaner works a night shift at a lab and falls for an aquatic creature that is the subject of mysterious science experiments. Both women develop a relationship by bringing food to the animal and dancing with a mop in front of the tank to the tune of a love song…The two cleaner characters both learn to communicate with the creatures, and both labs are involved in secretive military operations. The protagonists both discover imminent plans to kill the creature, and both labs mention “vivisection””. The Guardian article further continues – “both women also devise plans to rescue the animal and release it to the sea by sneaking it out in a laundry cart…and “both women are friends with another janitor who helps them – Danielle in one version of Zindel’s work and Zelda in Del Toro’s film.” (see full The Guardian article here).

Have you seen “Amelie“, “Delicatessen“, “The Shape of Water” or maybe even “Let Me Hear You Whisper” (TV movie)? What are your thoughts?

10 thoughts on “Plagiarism claim: Jean-Pierre Jeunet accused Guillermo del Toro of copying his scene from “Delicatessen” and his concept from “Amelie” for film “The Shape of Water”” 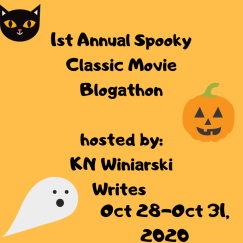 S.D. McKinley - on art and beyond
Ultimatetravel

Happily Stuck in a Black & White and Technicolor Timewarp

One Destination At A Time

Sharing tales of my travels & destinations which I've explored & which I am at in life!

Traveling the World Through Others